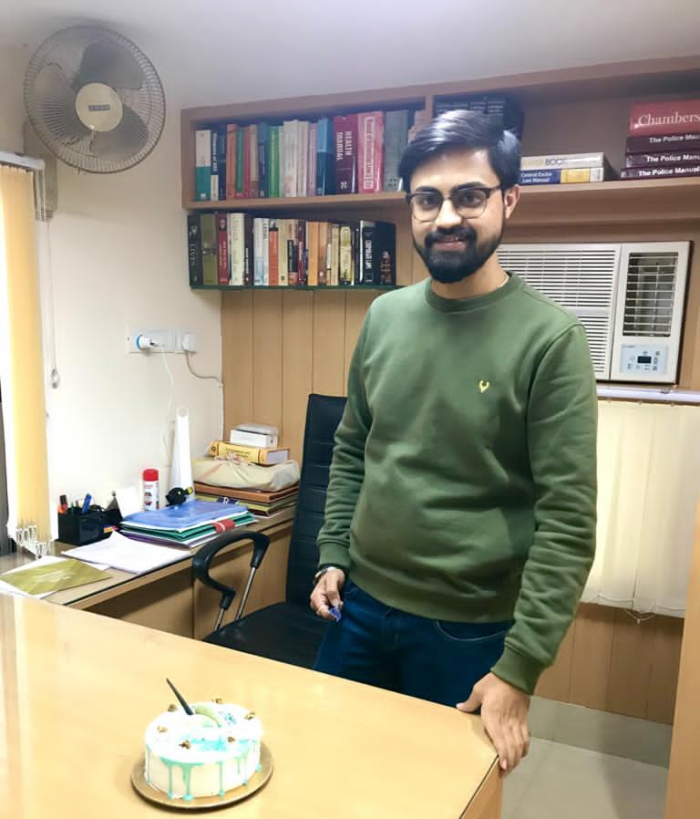 Advocate Gaurang Jajodia is a practicing lawyer. He has been practicing law primarily in the Jharkhand High Court at Ranchi since 2016. He had completed his B.A. LL.B. (Hons.) from National University of Study and Research in Law, Ranchi (Batch 2011-16). He did his specialization in Corporate Laws. After graduation he opted to get into litigation and started practicing in the Jharkhand High Court. Apart from High Court. He also look after cases in the City Civil Court, Ranchi as well as various other courts, tribunals and forums such as Labour Court, Central Government Industrial Tribunal, Central Administrative Tribunal, Debt Recovery Tribunal, Motor Accident Claims Tribunal, Jharkhand Education Tribunal, District Consumer Forum, State Consumer Forum, Vidyut Upbhokta Shikayat Niwaran Forum, Rent Controller, etc. He also appears in various quasi-judicial proceedings before various quasi-judicial authorities such as the Sub-Divisional, Officer-cum-Magistrate, Deputy Commissioner, Divisional Commissioner, Mines Commissioner, etc. Advocate Gaurang Jajodia also appears on behalf of the delinquent employee in departmental proceedings. He has a diverse area of practice which includes Criminal Laws, Civil Laws (Land, Property, Family, Land, Consumer, etc.), Service Laws, Corporate Laws (Mining, Tender Matters, RERA, Banking & Recovery, Arbitration, etc.). He also has expertise in Drafting and Vetting. He drafts sale deeds, gift deeds, power of attorney, rent/lease agreements, all kinds of contract/agreement, legal notices, etc. I also facilitate registration of these documents. Apart from his private litigation, he represents the State of Jharkhand in the High Court as an Associate Counsel. He is Standing Counsel for the National Building Construction Corporation (India) Ltd. in the Jharkhand High Court since 2019. He is also legal retainer-cum-advisor to the Principal Chief Conservator of Forest (Head of Forest Force), Department of Forest & Environment , Government of Jharkhand since 2017.

If you are looking for a lawyer for consultation on any legal matter, feel free to drop your number. Our team will contact you within a working day!

Apart from that the accuracy of answers obtained by the lawyers while doing our simple legal aptitude test, the rating is also based on that - “The higher the accuracy in answers – The higher is the KG Rating”.

Also, the legal blogs, articles and opinions which are contributed by the lawyers on our website also aids in achieving higher KG Ratings.

The answers to end customer’s query and clarification to their doubts which are provided by the lawyers at our platform is contributory to ascertain KG Ratings.